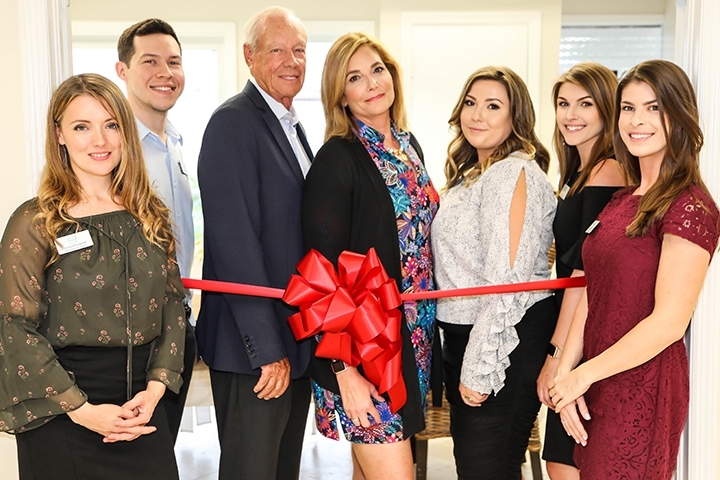 VERO BEACH, Fla., May 18, 2018 — This month marks Adams Media Group’s first official year in business. To celebrate this very important milestone as well as its recent expansion, the agency hosted a ribbon-cutting ceremony at its newly renovated office on Ocean Drive in Vero Beach on Thursday, May 17, 2018. The expansion project, which has more than doubled the agency’s workspace, was necessary to accommodate its growing business and additional staff.

After greeting guests, Adams Media Group founder Carrie Adams kicked off the event with a few heartfelt words. In her speech, Adams spoke about her marketing career, which has spanned more than two decades, and how it led to her decision to launch Adams Media Group. She also thanked the team of doctors and staff at New Vision Eye Center and her husband, Jim Adams, for their support as she pursued her entrepreneurial dreams. Lastly, Adams recognized her staff for their role in not only Adams Media Group’s success but the success of their clients as well.

Mayor Harry Howle briefly spoke also. He congratulated Adams on her achievements and highlighted how important it is for companies like Adams Media Group to hire young, talented professionals to help Vero Beach grow and thrive. Afterward, Mayor Howle and several ambassadors from the Indian River Chamber of Commerce joined Adams and her staff for a quick photo opportunity before cutting the ribbon.

Prior to launching Adams Media Group, Adams served as the director of advertising and public relations for New Vision Eye Center. In 2013, she branched out on her own and opened Spinnaker Marketing. Adams chose to rebrand as Adams Media Group once she secured the new office space, brought on additional talent and began offering more services to the agency’s customer base. “I love working with the doctors and staff at New Vision Eye Center and have for over twenty years. They are like family to me. I am fortunate to have the opportunity to maintain that working relationship today while applying my skills to other industries as well,” said Adams. “Finding the right mix of talent has definitely been the biggest challenge; however, I finally feel that I have assembled a highly skilled, creative team just as committed to helping the businesses in this town succeed as I am.”

Adams is an active member of the Indian River Chamber of Commerce where she has served as ambassador since 2009. Additionally, she is now involved in the Sebastian River Area Chamber of Commerce and encourages her staff to be active in both organizations as well. She also sits on the Senior Resource Association’s board of directors as chairwoman. Adams Media Group’s creative team is involved in the local community through volunteer and sponsorship programs for the We Care Foundation of Indian River and by adopting a route for the Senior Resource Association’s Meals On Wheels program. 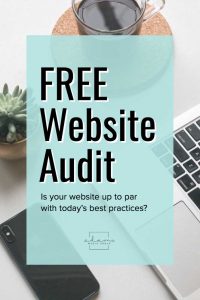 Do NOT follow this link or you will be banned from the site!
Covid-19 Notice

The AMG Team is working remotely during the COVID-19 pandemic.

We are available as if we were working in our office together during the hours of 9 am – 5:30 pm, Monday through Friday.

Please do not hesitate to call 772.492.6570 or email jordan@adamsmediagroup.com for any new projects, questions, ideas, or to set up a Zoom call for a consultation or meeting. Or simply to say hello!

Lastly, please take good care of yourself and your loved ones. Stay safe. Stay healthy. Be patient and kind. There is no better time to strengthen our bonds, to stand together (digitally), to help each other through this storm, and come out on the other side stronger.